CASP Hosts Lights On After School!

Below are some statistics that show why afterschool programs are important (Credit to The Afterschool Alliance):

The hours between 3 and 6 p.m. are the peak hours for juvenile crime and experimentation with drugs, alcohol, cigarettes and sex. (Fight Crime: Invest in Kids, 2003)

More than 15 million school-age children (26 percent) are on their own after school. Among them, more than 1 million are in grades K-5.
(Afterschool Alliance, 2009)

Early childhood education expert James Heckman concludes that a complement of early education and participation in afterschool programs can reduce initiating drug use among youth by nearly 50 percent. (University of Chicago, 2006)

The Promising Afterschool Programs Study found that regular participation in high-quality afterschool programs is linked to significant gains in standardized test scores and work habits as well as reductions in behavior problems among disadvantaged students. (University of California at Irvine, 2007)

The Afterschool Alliance’s 2009 Roadmap to Afterschool for All reports that the federal government contributes only 11 percent of the cost of afterschool, while on average, parents pay more than three-quarters (76 percent) of afterschool costs through tuition and fees.

All parents are invited the Open House and “Lights on Afterschool” celebration at their child’s school! You’ll find more information in your parent newsletter!

Below are some previews of the “Lights on Afterschool” artwork from our kids! 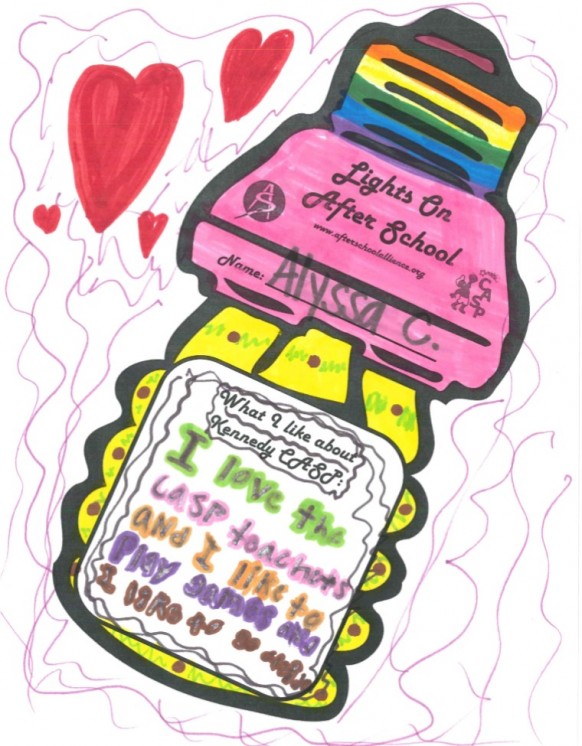 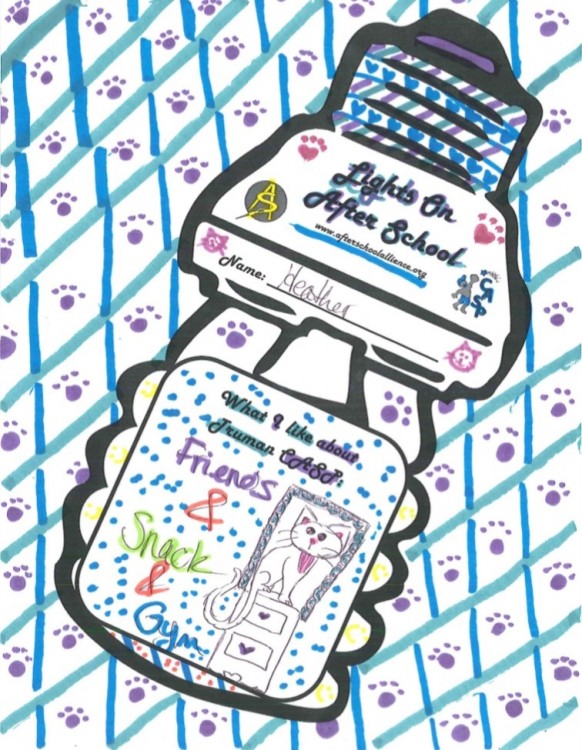 What I like about Truman CASP: “Friends and Snack and Gym” 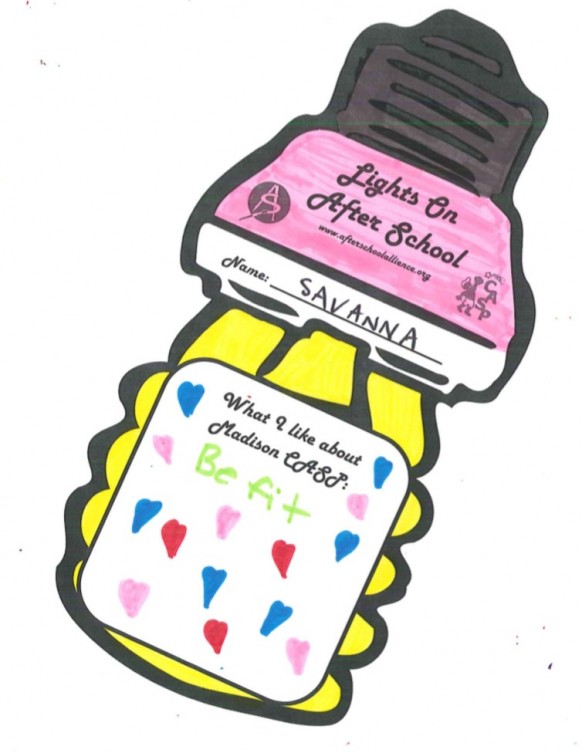 What I like about Cleveland CASP: “Playing with Legos and sitting with my friends.” 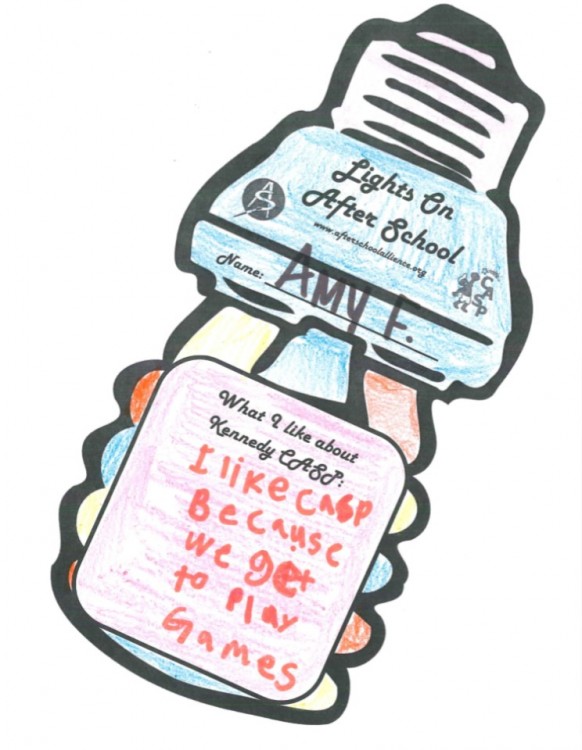